Update to the Imus story

Well, I loved to bash the guy here on this blog. He got two scathing posts out of me but I’m sorry to report that Don Imus was fired from CBS radio.

Not that I liked the guy, not that he’s any less of a maroon. He’s still not a New Mexican in my book. It’s just that even though I don’t like the guy or support his opinions or even listen to his show I believe there is room for all sorts of dissenting opinions. There isn’t room for blatant racism, no, but he offered a crusty outdated old guy view of things. Not that he’ll be missed. He’s of a dying breed of radio guy. I didn’t wish him fired and don’t feel any gladness at the news. The two week suspension seemed to be enough in my book, but not in the minds of many others and I respect that. I think this is another example of the media grabbing ahold of something like a rabid dog and shaking for all its might. In the middle of all that something is lost, in my opinion. But I can’t change the media, I can only change what I choose to read/watch/listen to.

Thus ends quite a long, complicated and controversial career.

Actually, even that is too nice an insult for this cat….

I wrote about radio personality Don Imus a few weeks back regarding his idiotic comments about Governor Richardson. Seemed Imus had his knickers in a bunch because he wanted some funding for the small town where Imus owns a whole sh*tload of land.

Last week this yo-yo found his way back into the news by making racist remarks on the morning radio show that no one listens to.

He has since apologized for his remarks. I heard the tape of his apology on another morning radio show and it was hardly an apology.

I could get into the whole “I made a racist remark but then I apologized so it’s okay” phenomenon our society seems to be getting into (and oddly ok with). This along with an appearance on a show with a person of the racial group group the remark was made about in order to “show that I’m ok with them” (Imus is due to appear on Al Sharpton’s show). Suddenly every celeb can pop off but then feel ok about it. This whole trend makes me flat worn down crazy.

But that’s not the point of today’s post. I could rant from a lot of angles on this one, but today’s rant is that this man dares call himself a New Mexican.

You, sir, are no New Mexican. Never were, and this just completely tears it. None chance.

I don’t think most real New Mexicans claimed him anyway, but I’m hostile that this guy goes on his show in his ridiculous cowboy hat mumbling epithets and in the next breath talking about his ranch for kids with cancer and claiming to be a “part time New Mexican”.

I was heartened to see that only the ABQ Tribune picked up the story. The ABQjournal did not. The less press the better in my most humblest of opinions.

I can console myself with the fact that this once relevant man is now a dinosaur that folks in the business whisper and laugh about behind their hands. The other morning show I listen to had some interesting history on Imus this morning. They used to work for the same station some twenty years back and evidently this is not the man’s first racial comment, by far.

All this popping off with comments that make the national news seems so…desperate. A bid for ratings? Maybe.

Until then, he is and always will be an outsider, and if you are a true New Mexican, you know how we feel about outsiders. If you don’t then please do read “The Milagro Beanfield War” or better yet, “Red Sky at Morning”.

Hell, read those books anyway, they both rock.

UPDATE: Imus has been suspended but not fired from his job….. The ABQjournal, slow to the party, has now picked up the story as well. 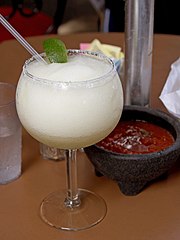